Leïla Bekhti (born 1984) is a French film and television actress of Algerian origin. She is best known for her roles in Mesrine: Killer Instinct, Tout ce qui brille and Paris, je t'aime.

Bekhti was born in Issy-les-Moulineaux to an Algerian family from Sidi Bel-Abbes. She is the youngest of three children.

She went to theater school in Paris (18e) before entering the course of Stéphane Gildas, at Tolbiac, then the course of Bérengère Basty at the Art'aire studio. To live and pay for the courses she worked odd jobs (clothes, telemarketing). In 2005, her Read his whole biography r friends convinced her to go to the casting of Sheitan, where she selected for the role of Yasmin, a young beurette. Released on 1 February 2006, Sheitan spent thirteen weeks in theaters, selling around 300,000 tickets.

The same year, she acted opposite Smaïn in Alain Tasma's telefilm Harkis. The film told the story of an Algerian family who suffers persecution from French forces, despite having fought on their side in the Algerian War. Bekhti was interested in the film's subject as several members of her family, including her grandfather, fought in the ranks of the FLN.

In film, she landed the role of Zarka in Paris, je t'aime (segment "Quais de Seine", directed by Gurinder Chadha) and Mounia in Mauvaise Foi, playing the sister of Roschdy Zem.[4] On television, she had a small role in an episode of the series Madame le Proviseur and in the series Les Tricheurs alongside Pascal Legitimus.

In 2008 she won a Best Actress Award at the Silhouette Festival for her role in Rachid Hami's Choisir d'aimer. She followed this with Pour l'amour de Dieu, an Arte telefilm by Bouchaala Ahmed and Zakia Tahri. Bekhti starred in Ali Baba alongside Gerard Jugnot and appeared in Des poupées et des anges by Nora Hamdi. For her role as Lya in the film she was shortlisted for the César Award for Best Actress, although she did not make the final list of nominees.

In 2008, two supporting roles helped increase her visibility: one in Mesrine: Killer Instinct by Jean-Francois Richet, and especially that of Djamila in A Prophet directed by Jacques Audiard. She played the only female role in the latter film, which won nine César Awards and the Grand Prix at Cannes.

Meanwhile, she returned to television with "Conte de la frustration" starring Nicolas Cazalé and Roschdy Zem and a new episode of Tricheurs. She also participated in the web-series Twenty Show, the result of a unique partnership between Arte and MySpace, which became a documentary a year later.

In 2009 besides a third appearance in Tricheurs she played the role of Myriam in the two-part miniseries Le choix de Myriam that depicted the saga of an Algerian family's arrival in France. After she saw Bekhti's performance in Mauvaise foi, actress Géraldine Nakache offered her a role in her debut film as a director Tout ce qui brille. Released on 24 March 2010 it was a critical and commercial success with over 1.3 million tickets sold. Bekhti went on to win a Golden Swan Award at the Cabourg Film Festival and the César Award for Best Actress for her role as Lila.

In 2010 she worked in a wide variety of projects. She worked with Alain Tasma again in the telefilm Vous êtes leur crainte based on the novel of the same name by Thierry Jonquet. She also appeared in Jean-Luc Perréard's Itinéraire bis, in the musical Toi, moi, les autres... directed by Audrey Estrougo and in Anne De Petrini's debut film Il reste du jambon?. Her latest film, the French-Moroccan co-production The Source, released in 2011 and competed at Cannes. She was also signed as the new face of L'Oréal in 2011 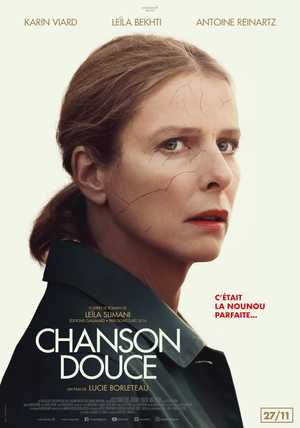 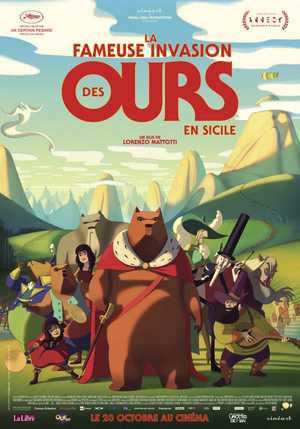 Animation (modern) Directed by: Lorenzo MattottiWith: Leïla Bekhti, Thomas Bidegain,...To rescue his son who was kidnapped by hunters in the Sicilian mountains, Léonce, the King of Bears, decides to invade the land of men with the help of his clan. 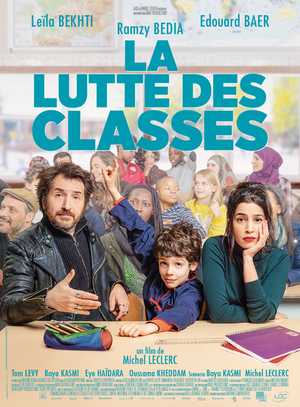 Comedy Directed by: Michel LeclercWith: Leïla Bekhti, Edouard Baer, Ramzy BediaAs everyone knows, children make no difference between social classes, skin colors or religions. But then why does Corentin, Paul and Sofia's nine-year-old son, only have friends like him at Bagnolet's school? And when his friends all leave for a private school in Paris, his parents are frightened.... Read more... 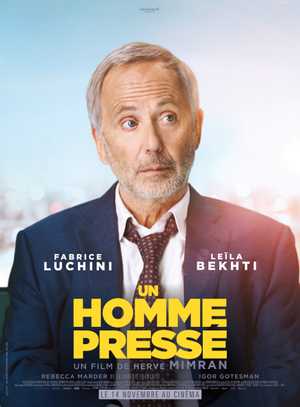 Melodrama Directed by: Hervé MimranWith: Leïla Bekhti, Fabrice Luchini, Igor GotesmanAlain, a business man in a hurry, short after the time. In his life, no place for recreation or the family. When a day, a stroke makes him lose the language and use a word for another one. To the hospital, he is taken in hand by Jeanne, a young speech therapist, which he is learning again, as a... Read more... 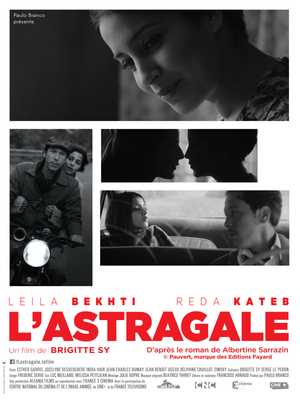 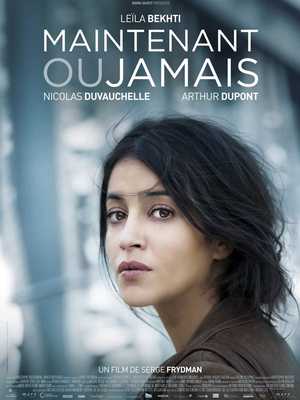 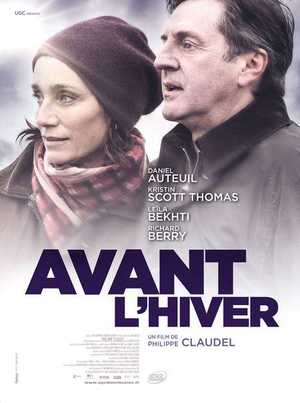 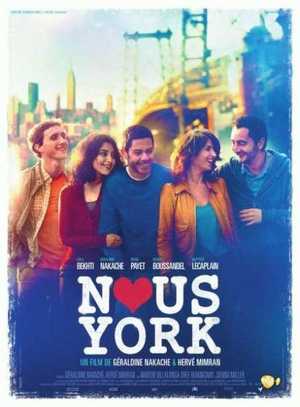 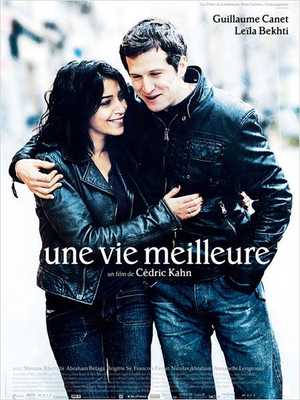 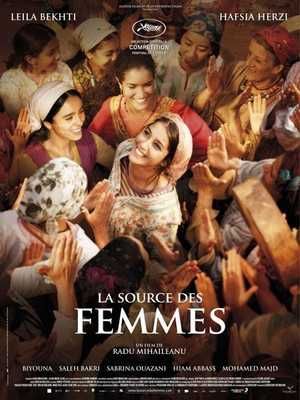 Melodrama Directed by: Radu MihaileanuWith: Leïla Bekhti, Hafsia Herzi, Hiam AbbassThe story takes place in current times, in a small village somewhere between North Africa and the Middle East. The women fetch water from a mountaintop spring in the blazing sun. They've done that since the beginning of time. Leila, a young bride, urges the women to launch a love strike: no more... Read more... 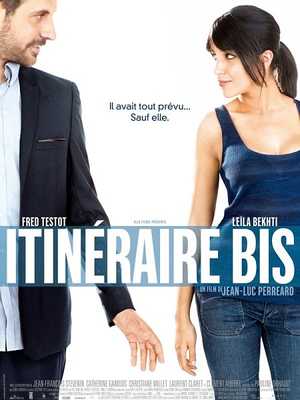 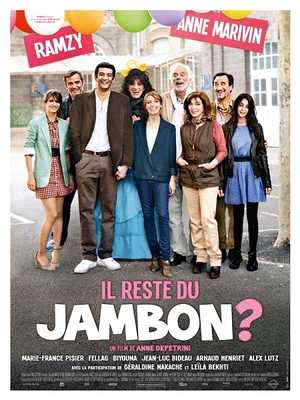 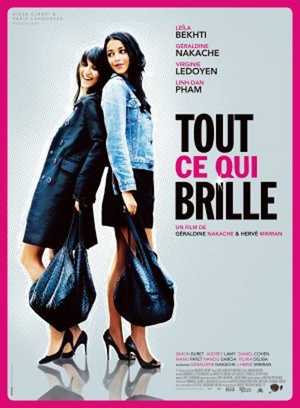