Marilyn Manson, whose real name is Brian Hugh Warner, was born on January 5, 1969 in Canton, Ohio to the parents of Hugh and Barb Warner. During his childhood, one of his neighbors molested him several times until the young Brian broke down one day and told his mother what happened. As an only child, he would often get into mischievous activities such as adventure through his grandfather Jack Warner's sex toys, shoot his BB gun with his cousin Chad, and create sex magazines to sell to his classmates. His parents raised him as an Episcopalian, and he attended the religious private Heritage Chri Read his whole biography istian School. It was there that he became fueled with hate towards Christanity. During his tenth grade year, he convinced his parents to let him attend a public school.

After he graduated from high school, he and his parents moved to Fort Lauderdale, Florida because his father got a better job there. He studied journalism and theater at the local community college called Broward, and being some place new and feeling lonely, he wrote poems and short stories. After being fired from his last job at a record store, he became entertainment journalist for a local magazine. He interviewed several famous musicians including Trent Reznor from the band "Nine Inch Nails". Along with his job and writing, he would also frequently go to rock clubs. He soon decided to create his own band. With musical influences from Ozzy Osbourne and KISS, he recruited other musicians with the same interests and started the band called "Marilyn Manson and the Spooky Kids". He got the name Marilyn Manson as a combination from the names of the movie star Marilyn Monroe and the psycho killer Charles Manson. The band's name would later officially change to just Mariyn Manson, and most of the original band members would leave and be replaced, too. Manson reunited with Trent Reznor and had his band tour with "Nine Inch Nails". Reznor would also produce Marilyn Manson's first three albums (Portriat of an American Family, AntiChrist Superstar, and Mechanical Animals) and an E.P. (Smells like Children). "Mechanical Animals" is Marilyn Manson's most successful album to date.

With the success, Manson became a controversial celebrity, because the anti-Christian message in his songs, and Satanist 'Anton Szandor LaVey' deemed Manson a Reverend for the Church of Satan. Also with fame, Manson started to mingle with other celebrities, and began a romantic relationship with the actress Rose McGowan. They became engaged, but broke off the relationship in 2001. He then fell in love with the burlesque dancer Dita Von Teese, and soon became engaged. They had a fairytale, non-denominational wedding in a castle in Ireland. Meanwhile, Manson came out with two more albums (Holy Wood, and the Golden Age of Grotesque), and a best of album (Lest We Forget: The Best Of...). He also dabbled into acting by being in such movies as Jawbreaker (1999), Party Monster (1998) and The Heart Is Deceitful Above All Things (2004). He continues to make music and act in movies 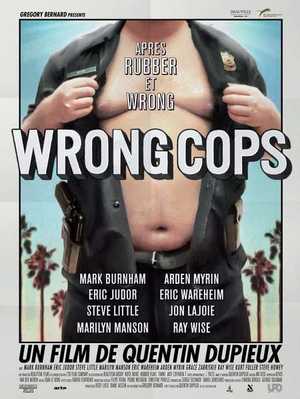