Mary Elle Fanning (born April 9, 1998), credited as Elle Fanning, is an American actress. She is the younger sister of actress Dakota Fanning and mainly known for her starring roles in Phoebe in Wonderland, Somewhere, Super 8 and We Bought a Zoo which will receive a theatrical release on December 23, 2011.

Fanning was born in Conyers, Georgia, the daughter of Joy (née Arrington), who played tennis professionally, and Steve J. Fanning, who played minor league baseball for the St. Louis Cardinals and now works as an electronics salesman in Los Angeles. Her maternal grandfath Read his whole biography her is American football player Rick Arrington, and her aunt is ESPN reporter Jill Arrington. Fanning is the younger sister of Dakota Fanning, who is also an actress. She has German and Irish ancestry. Fanning and her family are members of the Southern Baptist Convention.[5] She has been quoted as saying "We're just normal sisters. We both go to school and we just play together." Fanning currently attends Campbell Hall School in North Hollywood, Los Angeles, that was also attended by child actresses Ashley and Mary-Kate Olsen.

Fanning started acting at the age of 18 months. She began her acting career by playing the younger version of her older sister Dakota's characters in both the mini-series Taken and the movie I Am Sam. In 2002, at the age of four, Fanning, in the comedy Daddy Day Care, won her first role independent of her sister.

In 2003, Fanning filmed The Door in the Floor opposite Jeff Bridges and Kim Basinger. Anecdotal evidence of her emerging skill was seen in the decision to cast her in the role of Ruth in The Door in the Floor. The film's producers had originally planned to hire identical twins for the intense shooting schedule, but were so impressed with Fanning that they used only her.

Late in 2003, Fanning appeared in Because of Winn-Dixie in the small role of Sweetie Pie Thomas. In 2004, she did voicework in the English dubbed version of Miyazaki's animated film My Neighbor Totoro, in the role of Mei. Later that same year, she filmed I Want Someone To Eat Cheese With. In early 2005, Fanning filmed scenes in Charlotte's Web as the "future granddaughter" of Fern Arable played by Dakota Fanning. However, the scenes didn't make the final cut. In mid 2005, she played Debbie, the daughter of Richard and Susan Jones (played by Brad Pitt and Cate Blanchett) in the Academy Award-winning film Babel. In early 2006, Fanning filmed scenes in both The Nines and Déjà Vu. In mid 2006, she filmed The Lost Room a sci-fi TV mini-series. Also in 2006, she appeared on the episode Need to Know of House, playing the patients daughter.

By the end of 2006, Fanning began to book lead roles. The first of these was the one of Emma Learner in Reservation Road—the grieving daughter of Grace and Ethan Learner. The film deals with the aftermath of a tragic car accident in that Emma's brother is killed. Late in 2008, Fanning had a small part in The Curious Case of Benjamin Button as a younger version of Cate Blanchett's character. Mid-year 2007, Fanning filmed the title role Phoebe of Phoebe in Wonderland—the fantastical tale of a little girl who won't—or can't—follow the rules. Phoebe in Wonderland also starred Felicity Huffman and was released in March 2009.

From July through October 2007, Fanning appeared in The Nutcracker in 3D, playing Mary. Set in 1920s Vienna, this is a tale of a little girl whose godfather gives her a special doll on Christmas Eve. The movie was filmed in Budapest, Hungary and was released late 2010.

In March 2008, Fanning and her sister Dakota were scheduled to star in My Sister's Keeper, but the opportunity fell through when Dakota learned she would have to shave her head. The sisters were immediately replaced by Abigail Breslin and Sofia Vassilieva.

Variety reported in April 2009 that Fanning would be starring in Academy Award-winning screenwriter Sofia Coppola's new film, Somewhere. The plot centers around a "bad-boy" actor who is forced to re-evaluate his life when his daughter, played by Fanning, arrives unexpectedly.[10] The film was released during the 2010 awards season. At its first film festival, the 67th Venice Film Festival, it took out the Golden Lion.

Fanning starred in J. J. Abrams' sci-fi film Super 8 as Alice Dainard. The movie was released on June 10, 2011 and centers around a group of kids who are forced to deal with strange happenings in their small town.

In late 2010, Fanning was working on Francis Ford Coppola's new film Twixt, that Coppola has written based on a dream. She plays the role of a young ghost named V.

In 2011, Fanning will be seen in Cameron Crowe's We Bought a Zoo. She will play Lily, a 13-year-old who is working illegally at the zoo's restaurant, and lives on the property with her only parental figure, Kelly (Scarlett Johansson) 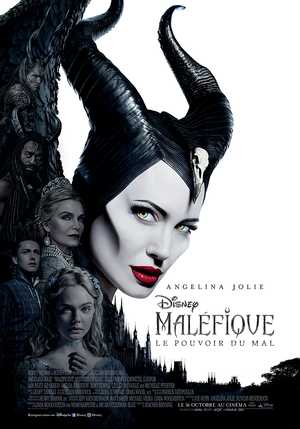 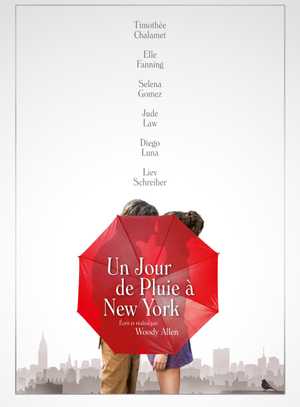 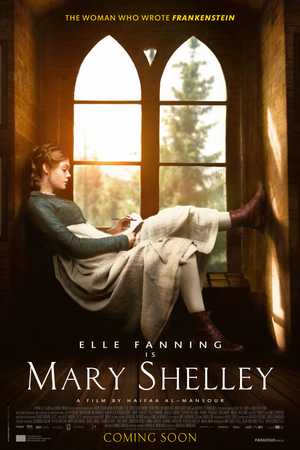 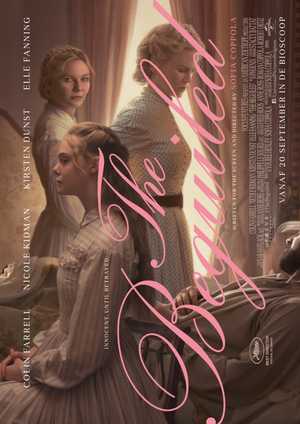 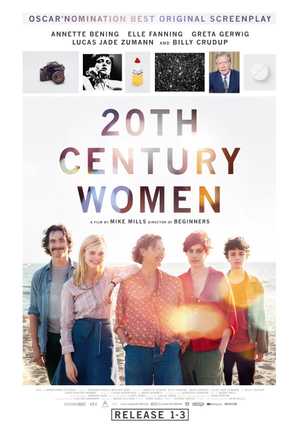 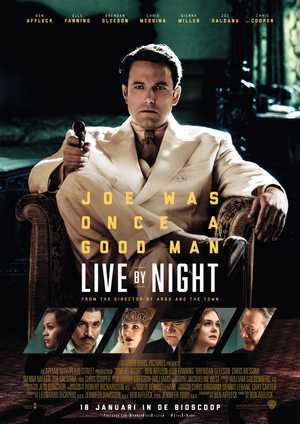 Crime Directed by: Ben AffleckWith: Ben Affleck, Scott Eastwood, Elle FanningA story set in the Prohibition Era and centered around a group of individuals and their dealings in the world of organized crime. 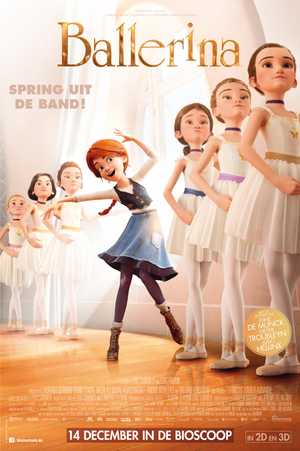 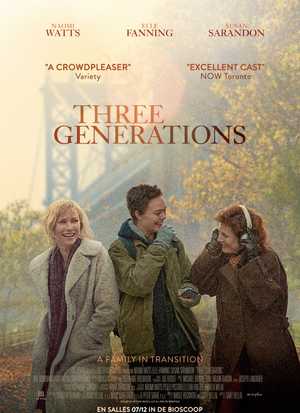 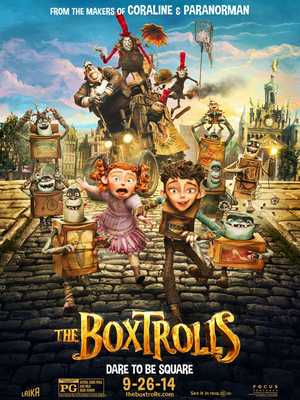 Adventure, Animation (modern) Directed by: Graham Annable & Anthony StacchiThe Boxtrolls is a comedic fable that unfolds in Cheesebridge, a posh Victorian-era town obsessed with wealth, class and the stinkiest of fine cheeses. Beneath its charming cobblestone streets dwell the Boxtrolls, foul monsters who crawl out of the sewers at night and steal what the townspeople... Read more... 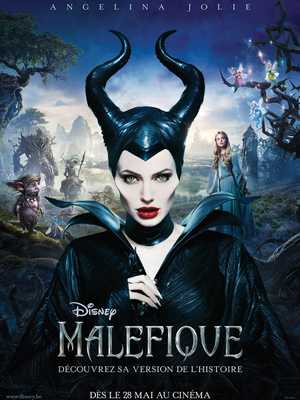 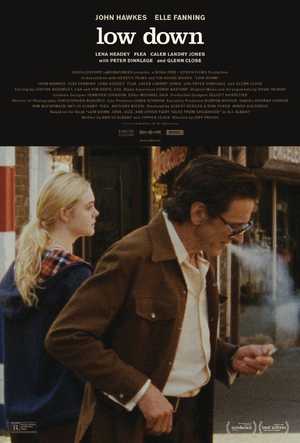 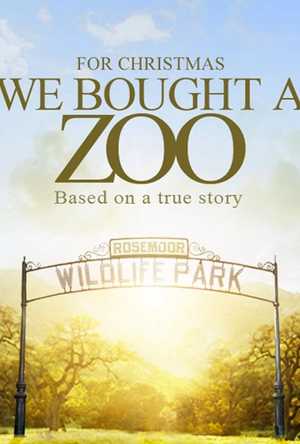 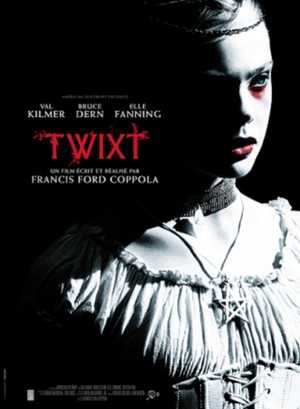 Horror, Romantic Directed by: Francis Ford CoppolaWith: Val Kilmer, Elle Fanning, Bruce DernA writer with a declining career arrives in a small town as part of his book tour and gets caught up in a murder mystery involving a young girl. That night in a dream, he is approached by a mysterious young ghost named V. He's unsure of her connection to the murder in the town, but is grateful for... Read more... 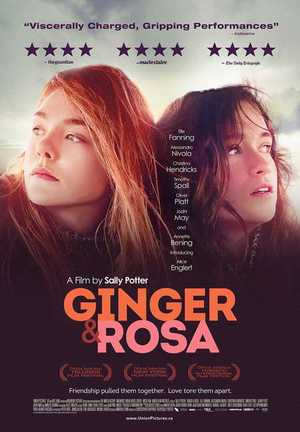 Drama Directed by: Sally PotterWith: Elle Fanning, Alice Englert, Alessandro Nivola,...A look at the lives of two teenage girls - inseparable friends Ginger and Rosa -- growing up in 1960s London as the Cuban Missile Crisis looms, and the pivotal event the comes to redefine their relationship. 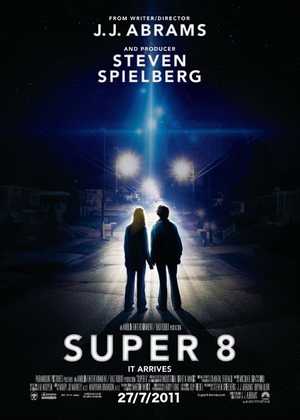 Horror, Thriller Directed by: JJ AbramsWith: Kyle Chandler, Elle Fanning, Noah Emmerich,...In the summer of 1979, a group of friends in a small Ohio town witness a catastrophic train crash while making a super 8 movie and soon suspect that it was not an accident. Shortly after, unusual disappearances and inexplicable events begin to take place in town, and the local Deputy tries to... Read more... 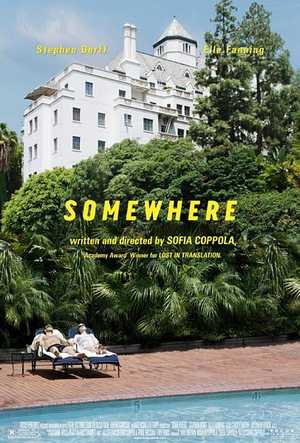