Darren Everett Criss (born February 5, 1987) is an American actor, singer-songwriter, multi-instrumentalist, and composer. He is also a founding member and co-owner of StarKid Productions, a musical theater company based in Chicago, Illinois. He is best known for his portrayal of Blaine Anderson, an openly gay high school student, on the Fox television series Glee.

Criss first garnered attention playing the lead role of Harry Potter in StarKid's musical production of A Very Potter Musical. The theater troupe made Billboard history when their album Me and My Dick, featuring Read his whole biography g original songs and music co-written by Criss, became the first charting student-produced musical recording, landing at #11 on the "Top Cast Albums" chart in 2010; the following year they debuted at #1 on the same chart with Starship, another original album solely written and composed by Criss. As lead singer of Glee's Dalton Academy Warblers, Criss once again topped the charts with the album Glee: The Music Presents the Warblers in 2011. It debuted at No. 1 on Billboard's "Top Soundtracks" chart and No. 2 on the US Billboard 200.

In January 2012, Criss made his Broadway debut, starring as J. Pierrepont Finch in the revival of How to Succeed in Business Without Really Trying.

Criss was born in San Francisco, California, the youngest son of Cerina (née Bru) and Charles William Criss, a banker and a former director of the San Francisco Opera, the Philharmonia Baroque Orchestra, the Stern Grove Festival, and San Francisco Performances. Criss is Eurasian - his mother, a native of Cebu, Philippines, is of Chinese, Spanish, and Filipino descent, while his father, a native of Pittsburgh, Pennsylvania, is of Irish descent. He has an older brother named Charles "Chuck" Criss (born April 15, 1985), a musician and member of the indie rock band Freelance Whales. Criss and his brother were raised in San Francisco, except from 1988 to 1992, when the family resided in Honolulu, Hawaii, where their father started the EastWest Bank, serving as Chairman and Chief Executive Officer.

Criss' interest in music and the performing arts started in his early childhood — at the age of five, he began taking violin lessons, and, at ten, he was accepted into the Young Conservatory program of the American Conservatory Theater; concurrently, he made his professional stage debut, performing at the musical theater company 42nd Street Moon. Criss continued to hone his musical skills and eventually became a multi-instrumentalist, mastering the violin, guitar, piano, mandolin, harmonica, and drums. At fifteen, he began composing songs.

Criss attended the University of Michigan, majoring in theater performance and minoring in musicology and Italian. He performed in stage productions such as Pride and Prejudice, A Few Good Men, and The Cripple of Inishmaan, and spent a semester abroad studying theater at the Accademia dell'Arte in Arezzo, Italy. The university's student-run theater organization, Basement Arts, where Criss was active as both an actor and director, established the foundation for his theater company, StarKid Productions. In 2009, Criss obtained a Bachelor of Fine Arts 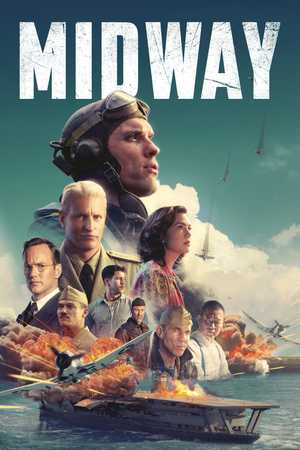 Action, Drama Directed by: Roland EmmerichWith: Darren Criss, Alexander Ludwig, Patrick WilsonThe story of the Battle of Midway, told by the leaders and the sailors who fought it. 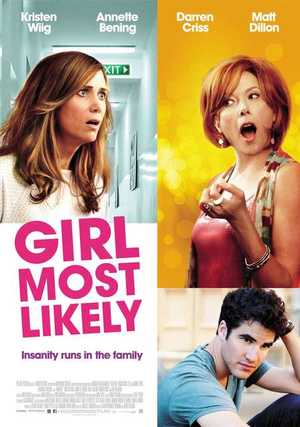