Sukowa's stage debut was in Berlin in 1971, in a production of Peter Handke's Der Ritt über den Bodensee. Günter Beelitz invited her to join the ensemble of the Darmstädter National Theatre in the same year. She also worked in Frankfurt am Main and Hamburg, in collaboration with directors such as Luc Bondy and Ivan Nagel. Her roles included Marion in Büchner's Danton's Death and Helena in A Midsummer Night's Dream. Other Shakespeare roles in Europe were Rosalind in As You Like It a Read his whole biography and Desdemona in Othello. Sukowa also performed in Ibsen's The Master Builder. In English, she has worked in a production of The Cherry Orchard (Princeton, New Jersey, 2000).

In addition to her stage work, Sukowa is associated with the New German Cinema. She portrayed Mieze in Rainer Werner Fassbinder's Berlin Alexanderplatz (1980), which earned her the German best young actress award. Her performance of the title role in Fassbinder's Lola earned her a German Film Awards (Gold) award while her role in Margarethe von Trotta's Die bleierne Zeit (Marianne and Juliane, 1981) gain her a best actress award at the Venice Film Festival. In 1985 she appeared in the mini-series Space based on James A Michener's novel. She received the best actress award at the 1986 Cannes Film Festival for her work in von Trotta's film Rosa Luxemburg.

Sukowa has developed a parallel career as a classical music narrator and speaker. She has performed the speaker's role in Arnold Schönberg's Pierrot lunaire, first with the Schoenberg Ensemble under Reinbert de Leeuw. Other performances have been with ensembles in Paris, London, Berlin, St. Petersburg, Madrid, Rome, Tokyo, Salzburg, Los Angeles, and New York City.
She has performed the Speaker's role in Schönberg's Gurrelieder with the Berlin Philharmonic under Claudio Abbado, and is featured on the recordings with Abbado and the Vienna Philharmonic, and Esa-Pekka Salonen and the Philharmonia. She narrated Prokofiev's Peter and the Wolf both in concert and on record, as well as a recording of Mendelssohn's music for A Midsummer Night's Dream. She has performed in Arthur Honegger's Jeanne d'Arc au bûcher and Kurt Weill's The Threepenny Opera. She performed speaking and singing role in Reinbert de Leeuw's "Im wunderschönen Monat Mai" in 2004. She performed the speaking role in the US premiere of Michael Jarrell's Cassandre in March 2006, and in the New York City premiere that month, with musicians from the Saint Louis Symphony Orchestra.

On 19 December 2011, it was announced she would be on the jury for the 62nd Berlin International Film Festival, scheduled to be held in February 2012 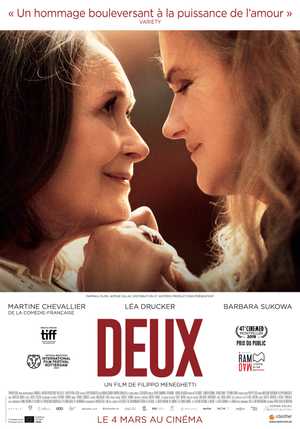 Melodrama Directed by: Filippo MeneghettiWith: Martine Chevalier, Léa Drucker, Barbara Sukowa,...Pensioners Nina and Madeleine have hidden their deep and passionate love for many decades, but their bond is put to the test when they are suddenly unable to move freely between each other's apartments. 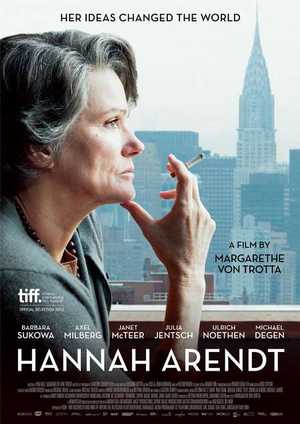 Drama Directed by: Margarethe von TrottaWith: Barbara Sukowa & Axel MilbergA look at the life of philosopher and political theorist Hannah Arendt, who reported for The New Yorker on the war crimes trial of the Nazi Adolf Eichmann. 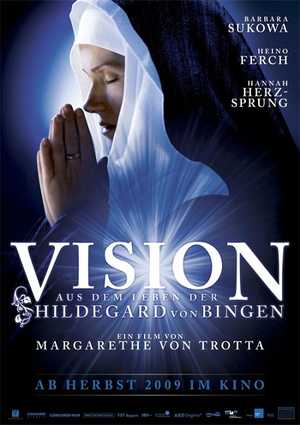 Drama Directed by: Margarethe von TrottaWith: Barbara Sukowa, Heino Ferch, Hannah HerzsprungOne of the major auteurs to emerge from New German Cinema and a leader in feminist filmmaking, Margarethe von Trotta returns to the Festival with Vision, a study of the remarkable Hildegard von Bingen. Composer, scientist, healer, author and visionary, this Benedictine nun has been rescued in... Read more...