Aaron Sorkin (born June 9, 1961[1]) is an Academy and Emmy award winning American screenwriter, producer, and playwright, whose works include A Few Good Men, The American President, The West Wing, Sports Night, Studio 60 on the Sunset Strip, Charlie Wilson's War, The Social Network, and Moneyball.
After graduating from Syracuse University with a Bachelor of Fine Arts degree in Musical Theatre in 1983, Sorkin spent much of the 1980s in New York as a struggling, sporadically employed actor.[2] He found his passion in writing plays, and quickly established himself as a promising young p Read his whole biography playwright. His stage play A Few Good Men caught the attention of Hollywood producer David Brown, who bought the film rights before the play even premiered.[3]
Castle Rock Entertainment hired Sorkin to adapt A Few Good Men for the big screen. The film, directed by Rob Reiner, became a box office success. Sorkin spent the early 1990s writing two other screenplays at Castle Rock, Malice and The American President. In the mid-1990s he worked as a script doctor on films such as Bulworth. In 1998 his television career began when he created the comedy series Sports Night for the ABC network. The second season of Sports Night was its last and in 1999 overlapped with the debut of Sorkin's next TV series, the political drama The West Wing, this time for the NBC network. The West Wing won multiple Emmy Awards, and continued for three more seasons after he left the show at the end of its fourth season in 2003. He returned to television in 2006 with the dramedy Studio 60 on the Sunset Strip, about the backstage drama at a late-night sketch comedy show, once again for the NBC network. While Sorkin's return was met with high expectations and a lot of early online buzz before Studio 60's premiere, NBC did not renew it after its first season in which it suffered from low ratings and mixed reception in the press and on the Internet. He also wrote the feature film screenplay for The Social Network, winning the Academy Award for Best Adapted Screenplay.
After more than a decade away from the theatre, Sorkin returned to adapt for the stage his screenplay The Farnsworth Invention, which started a workshop run at La Jolla Playhouse in February 2007 and which opened on Broadway in December 2007.[4]
He was a cocaine addict for many years, but after a highly publicized arrest in 2001 he received treatment in a drug diversion program and is reported to have recovered.[5] In television, Sorkin is known as a controlling writer, who rarely shares the credit of penning screenplays.[6] His writing staff are more likely to do research and come up with stories for him to tell. His trademark rapid-fire dialogue and extended monologues are complemented, in television, by frequent collaborator Thomas Schlamme's characteristic directing technique called the "walk and talk". These sequences consist of single tracking shots of long duration involving multiple characters engaging in conversation as they move through the set; characters enter and exit the conversation as the shot continues without any cuts 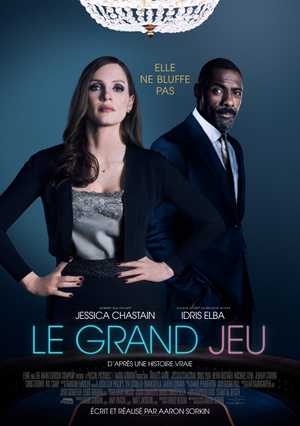