Vanessa Redgrave, CBE (born 30 January 1937) is an English actress of stage, screen and television, as well as a political activist.

She rose to prominence in 1961 playing Rosalind in As You Like It with the Royal Shakespeare Company and has since made more than 35 appearances on London's West End and Broadway, winning both the Tony and Olivier Awards. On screen, she has starred in more than 80 films; including Mary, Queen of Scots, Isadora, Julia, The Bostonians, Mission: Impossible and Atonement. Redgrave was proclaimed by Arthur Miller and Tennessee Williams as "the gre Read his whole biography eatest living actress of our times," and she remains the only British actress ever to win the Oscar, Emmy, Tony, Cannes, Golden Globe, and the Screen Actors Guild awards. She was also the recipient of the 2010 BAFTA Fellowship "in recognition of an outstanding and exceptional contribution to film."

Redgrave was born in Greenwich, London, the daughter of actors Sir Michael Redgrave and Rachel Kempson. Laurence Olivier announced her birth to the audience at a performance of Hamlet at the Old Vic, when he said that Laertes (played by Sir Michael) had a daughter. She was educated at the Alice Ottley School, Worcester & Queen's Gate School, London before "coming out" as a debutante. Her late siblings, Lynn Redgrave and Corin Redgrave, were also acclaimed actors.

In 1967, Redgrave was made a Commander (CBE) of the Order of the British Empire. It was reported that she declined a damehood in 1999.

From 1971 to 1986, she had a long-term relationship with actor Timothy Dalton, with whom she had starred in the film Mary, Queen of Scots.

Within 14 months in 2009-10, she lost both a daughter and her two younger siblings. Her daughter Natasha Richardson died on 18 March 2009 from a traumatic brain injury caused by a skiing accident. On 6 April 2010, her brother Corin Redgrave died, and on 2 May 2010, her sister Lynn Redgrave died.

Vanessa Redgrave entered the Central School of Speech and Drama in 1954. She first appeared in the West End, playing opposite her brother, in 1958.

In 1959 she appeared at the Shakespeare Memorial Theatre under the direction of Peter Hall as Helena in A Midsummer's Night Dream opposite Charles Laughton as Bottom and Coriolanus opposite Laurence Olivier (in the title role), Albert Finney and Edith Evans.

In 1960, Redgrave had her first starring role in Robert Bolt's The Tiger and the Horse, in which she co-starred with her father. In 1962 she played Imogen in William Gaskill's production of Cymbeline for the Royal Shakespeare Company. In 1966 Redgrave created the role of Jean Brodie in the Donald Albery production of The Prime of Miss Jean Brodie, adapted for the stage by Jay Presson Allen from the novel by Muriel Spark. She won four Evening Standard Awards for Best Actress in four decades. She was awarded the Laurence Olivier Award for Actress of the Year in a Revival in 1984 for The Aspern Papers

In the 1990s, her theatre work included Prospero in The Tempest at Shakespeare's Globe in London. In 2003 she won a Tony Award for Best Actress in a Play for her performance in the Broadway revival of Eugene O'Neill's Long Day's Journey Into Night. In January 2006, Redgrave was presented the Ibsen Centennial Award for her "outstanding work in interpreting many of Henrik Ibsen's works over the last decades."Previous recipients of the award include Liv Ullmann, Glenda Jackson and Claire Bloom.

In 2007, Redgrave played Joan Didion in her Broadway stage adaptation of her 2005 book, The Year of Magical Thinking, which played 144 regular performances in a 24-week limited engagement at the Booth Theatre. For this, she won the Drama Desk Award for Outstanding One-Person Show and was nominated for the Tony Award for Best Performance by a Leading Actress in a Play. She reprised the role at the Lyttelton Theatre at the Royal National Theatre in London to mixed reviews. She also spent a week performing the work at the Theatre Royal in Bath in September 2008. She once again performed the role of Joan Didion for a special benefit at New York's Cathedral of Saint John the Divine on 26 October 2009. The performance was originally slated to debut on 27 April, but was pushed due to the death of Redgrave's daughter Natasha. The proceeds for the benefit were donated to the United Nations Children's Fund (UNICEF) and the United Nations Relief and Works Agency (UNRWA). Both charities work to provide help for the children of Gaza.

In October 2010 she starred in the Broadway premiere of Driving Miss Daisy starring in the title role opposite James Earl Jones. The show premiered on 25 October 2010 at the John Golden Theatre in New York City to rave reviews. The production was originally scheduled to run to 29 January 2011 but due to a successful response and high box office sales, was extended to 9 April 2011. In May 2011, she was nominated for a Tony Award for Best Performance by a Leading Actress in a Play for the role of Daisy in Driving Miss Daisy. The play transferred to the Wyndham's Theatre in London from 26 September to 17 December 2011.

In a poll of "industry experts" and readers conducted by The Stage in 2010, Redgrave was ranked as the ninth greatest stage actor/actress of all time.[13 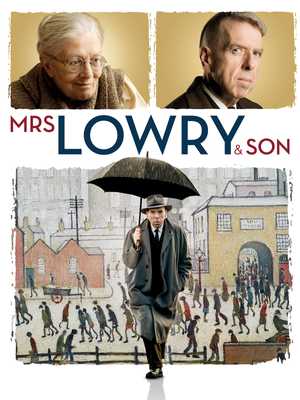 Biographical Directed by: Adrian NobleWith: Vanessa Redgrave, Timothy Spall, Stephen LordA portrait of the artist L.S. Lowry and the relationship with his mother, who tries to dissuade him from pursuing his passion. 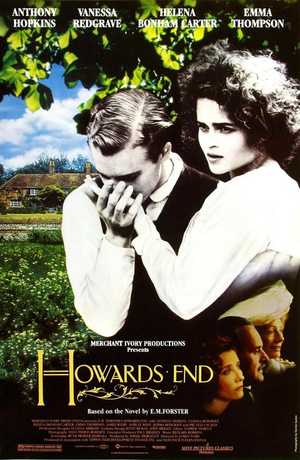 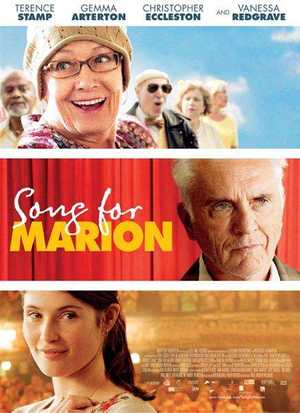 Drama, Comedy, Musical Directed by: Paul Andrew WilliamsWith: Gemma Arterton, Vanessa Redgrave,...Grumpy pensioner Arthur honors his recently deceased wife's passion for performing by joining the unconventional local choir to which she used to belong, a process that helps him build bridges with his estranged son, James. 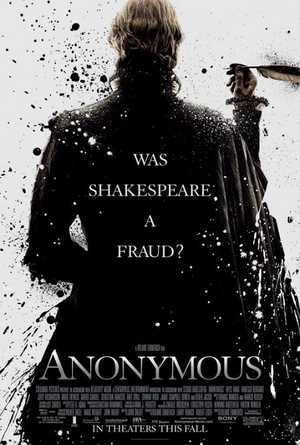 Historical Directed by: Roland EmmerichWith: Rhys Ifans, Vanessa Redgrave, Joely Richardson,...A political thriller advancing the theory that it was in fact Edward De Vere, Earl of Oxford who penned Shakespeare's plays; set against the backdrop of the succession of Queen Elizabeth I, and the Essex Rebellion against her. 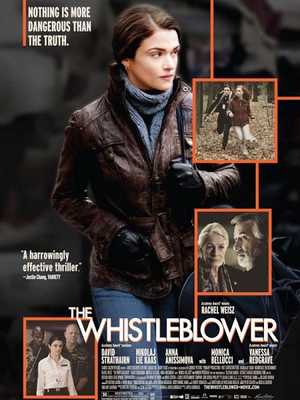 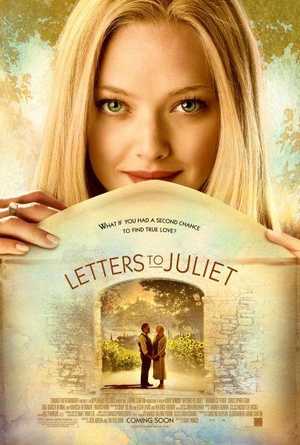 Drama, Romantic Directed by: Gary WinickWith: Amanda Seyfried, Gael García Bernal,...Amanda Seyfried plays Sophie Hall, an aspiring magazine writer, who with her boyfriend Victor (Gael Garcia Bernal) flies from New York to Italy for some much-needed romance. While Victor is off tending to some business, Sophia finds herself in the famous Verona courtyard of the star-crossed lover... Read more... 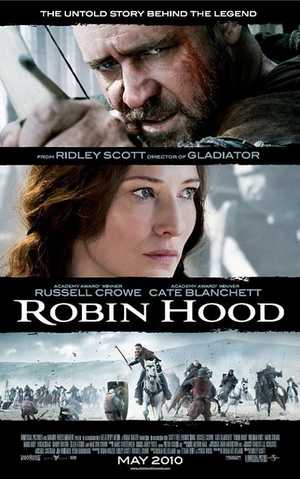 Action, Drama Directed by: Ridley ScottWith: Russell Crowe, Cate Blanchett, Vanessa Redgrave,...The story of an archer in the army of Richard Coeur de Lion who fights against the Norman invaders and becomes the legendary hero known as Robin Hood. | 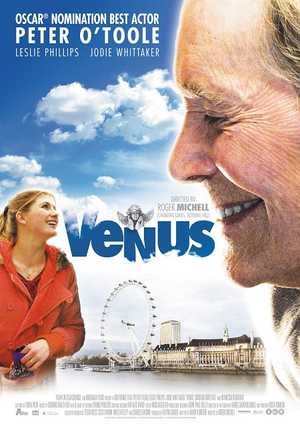 Drama, Comedy Directed by: Roger MichellWith: Peter O'Toole, Leslie Phillips,...Venus" tells the story of Maurice and Ian, a pair of veteran actors (Peter O'Toole and Leslie Phillips respectively), who never quite hit the big time. Now in their 'golden years', they continue to work, though the jobs are far from glamorous. But their comfortable routine and witty banter over... Read more... 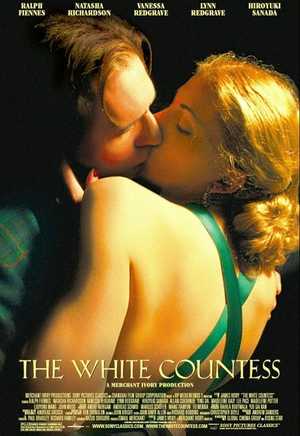 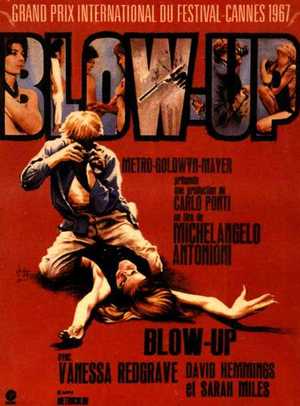 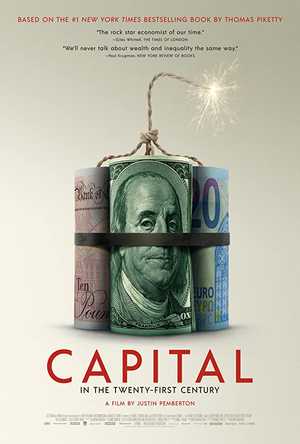 Capital in the 21st Century

Directed by: Justin PembertonWith: Vanessa Redgrave, Kate Williams, Thomas PikettyAdapting one of the most groundbreaking and powerful books of our time, Capital in the 21st Century is an eye-opening journey through wealth and power, that breaks the popular assumption that the accumulation of capital runs hand in hand with social progress, shining a new light on the world around... Read more...