Teri Lynn Hatcher is an American actress. She portrayed Lois Lane in the television series Lois & Clark: The New Adventures of Superman. She is also a Bond Girl, having played Paris Carver in Tomorrow Never Dies in 1997. She won the Golden Globe Award for Best Actress for her role as Susan Mayer on the television series Desperate Housewives in 2005.

Hatcher began her performing career as a young girl taking ballet lessons at the San Juan Girls' Ballet Studio in downtown Los Altos, California. She later studied acting at the American Conservatory Theater. One of her early j Read his whole biography jobs (in 1984) was as a cheerleader with the San Francisco 49ers. During this time, she also appeared as one of the mermaids on the show The Love Boat in its final season.

Hatcher landed a co-starring role in 1993, opposite Dean Cain in Lois and Clark. She portrayed Daily Planet reporter Lois Lane in the television series Lois and Clark: The New Adventures of Superman from 1993 to 1997. At the height of the show's popularity in 1995, a picture of Hatcher in a Superman cape was reportedly downloaded on the Internet 20,000 times. "It's a great shot," she told Entertainment Weekly. "Not so much because it's me. It's just cool-looking."

Hatcher beat out Monica Bellucci for the role of Paris Carver in the 1997 James Bond film Tomorrow Never Dies. She was three months pregnant at the filming's start, by her then-husband, Jon Tenney. Her publicist said the pregnancy did not affect the production schedule. Hatcher later regretted playing Paris Carver, saying, "It's such an artificial kind of character to be playing that you don't get any special satisfaction from it." Hatcher also appeared in films such as Spy Kids (2001), Dead in the Water (1991), 2 Days in the Valley (1996)and The Cool Surface (1994). She co-starred with Alec Baldwin in Heaven's Prisoners (1996), which featured Hatcher's only on-screen nude scenes and failed at the box office. ABC cancelled Lois & Clark in 1997. She made a guest appearance in Star Trek: The Next Generation and had a recurring role on MacGyver as Penny Parker, a high-strung, young woman who always seemed to get into trouble.

Hatcher made a much-discussed guest appearance on an episode of Seinfeld, in which her character, Sidra, broke up with Jerry because she found out Jerry was trying to have Elaine surreptitiously determine whether Sidra had breast implants. ("They're real...and they're spectacular!")

Hatcher appeared in a series of Radio Shack television commercials alongside NFL player Howie Long. They remain close friends and together have bought farm land on the outkirts of Los Angeles, with the intent of eventually raising endangered species.

Hatcher hosted NBC's Saturday Night Live in 1996. She beat out four other actresses for one of the lead role on ABC's Desperate Housewives, on which she stars as Susan Mayer, a role for which she won the Best Actress in a Musical or Comedy Golden Globe Award in January 2005. In 2005, Hatcher won the Screen Actors Guild (SAG) award in the same category. In July 2005, she was nominated for an Emmy Award as Best Actress in a Comedy Series for the role, along with co-stars Marcia Cross and Felicity Huffman.

As of April 2006, Hatcher is one of the highest paid television actresses in the United States. She reportedly earns $285,000 per episode of Desperate Housewives. In May 2006, she released her first book, Burnt Toast: And Other Philosophies of Life. In conjunction with the book, she has also launched a line of apparel and merchandise. Furthermore she is prominently featured in an international campaign for Repeat Cashmere.

Between 1985 and 1988, she had a relationship with her MacGyver costar Richard Dean Anderson. Hatcher married Marcus Leithold on June 4, 1988; they divorced the following year. On May 27, 1994, she married actor Jon Tenney; they had a daughter, Emerson Rose, in November 10, 1997, and divorced in March 2003. Hatcher has also been dating Stephen Kay, who played Reginald, the Quartermaines' butler, on General Hospital. Since then she and Stephen have broken up.

In June 2007, Hatcher appeared on the Paul O'Grady show where she revealed that she writes a column in FHM.

In February 2008, Hydroderm sued Hatcher for breach of contract, claiming that she had promoted beauty products of other companies. She insisted that her promotion of CityLips' lip plumper did not affect the Hydroderm deal. Her attorney Alan Wertheimer called the lawsuit an "unjustified and public assault" on her "good name, reputation and celebrity." Her lawyer persuaded a judge in Los Angeles to move the case to arbitration 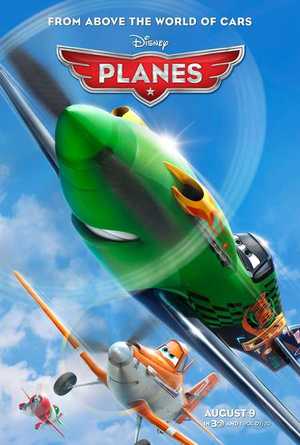 Animation (classic style) Directed by: Klay HallWith: Val Kilmer, Teri Hatcher, Brad Garrett,...Dusty Crophopper is a little cropduster plane with a fear of heights and a crazy dream of being a racer. While his friends need convincing, Dusty gets the training he needs from Skipper, a veteran fighter, and qualifies for the Wings Across the World race. In the event, Dusty finds competitors who... Read more... 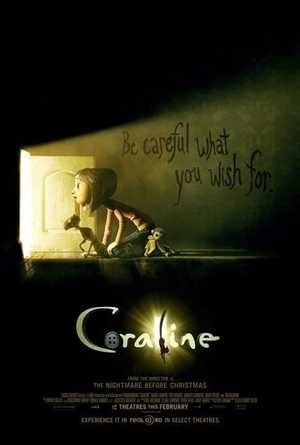 Family, Fantasy, Animation (modern) Directed by: Henry SelickBased on Neil Gaiman's international best-selling book, "Coraline" is the story of a young girl (voiced by Fanning) who unlocks a mysterious door in her new home, and enters into an adventure in a parallel reality. On the surface, this other world eerily mimics her own life - though much more... Read more...